When it comes to deer hunting rifles, you can’t just point to one of them and say this one is the best. It takes more than that to fully understand the rifle. Besides that everyone has their own preferences about what they exactly want from a rifle.

Some people like to have a good grip, others like big caliber rifles, and there are people who need a scope on their gun for better aiming. In this article, we will concentrate on the caliber.

What is a caliber (if you don’t know it by now)?

Caliber is the measurement of the barrel’s diameter. They can be in the range of .17 to .458. The ones that are used the most among the deer hunters are around .30 caliber.

When you pose the question: “What is the best caliber for deer hunting?” the answers are widely different.

As Ace Luciano, the expert in ammunition said :

“The best answer to the question is the caliber that you have available; in a gun that you have access to that you shoot well so that you can place a bullet exactly where it will perform the best.“

You have deer hunters who are assuring you that the large, heavier caliber is the one to have, and they won’t ever go the other way. Other ones would trust their life to lighter, smaller caliber, and faster bullets.

The matter of preferences

It is rather a personal preference, but of course, there is a large room left for debate. When on a hunting trip, starting a talk about the best caliber will turn into a heated argument that will last all night. And of course, there will be some wild points about some research that was conducted somewhere. But we will try to stick to the facts. 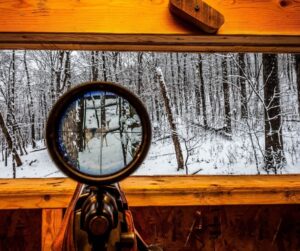 Caliber is the main thing you look for when buying a rifle for deer hunting. Deer is an animal with thin skin and has light bones. That means that you don’t need big heavy ammo to hunt deer as long as you can place your shots cleanly.

The following are the best calibers, that can be found in deer hunter’s barrels.

This old dog from 1873 has still a lot to offer. This bad boy is a match for any Big Game in North America, under the condition you stay within its range limitations.

But frankly, you can use it to hunt almost anything, from birds to elephants, and that is why people like it even today. Also, it will not destroy edible meat on a deer due to the bullet’s low velocity.

The 45/70 can also be a long-range caliber, but in that case you need to poses knowledge about windage & elevation.

This one is a .308 Winchester case necked down to accept 7 mm bullets with a small increase in case length. Of cartridges based upon the .308, it is the third most popular behind only the .243 Winchester, the .308 is more popular than both. We will talk about these later.

Most hunter praises it’s very efficient case design and a bullet weight range that makes him a fine choice for your all-around hunting. If you have (or want) a lightweight, short-action rifle, 7mm – 08 Remington will be a perfect partner in crime for her.

The true core of this caliber is given by Howard Brant of Shooting Industry magazine who wrote:

“The 7mm-08 is a real sleeper as far as the hunting field is concerned. It is a grand caliber that packs more than sufficient wallop to efficiently down all medium-sized big-game animals found in North America and elsewhere. “

A reliable cartridge that was first introduced in 1955 for the Winchester Model 70 bolt-action rifle, and since then it quickly gained popularity among sportsmen worldwide. Just about every major manufacturer offers rifles chambered in .243. And that says a lot about it.

At that time it was a ground-breaking development of the day, with a combination of useful lightweight (70 to 85 grain bullets) optimized for long-range performance and 90 to 105 grain bullets suitable for game up to the size of deer.

It is powerful enough for any deer that you can encounter and produces small recoil and has a nice flat trajectory.

If you are interested in ballistic performances, here they are.

Also there is an improved version of this cartridge called the .243 Winchester Improved that gives you 10% more powder capacity, and improvement in velocity, which is again not that big.

The “.30” refers to the caliber of the bullet, and the “06” refers to the year the cartridge was adopted—1906. Although old caliber it is still among the top choices for deer hunters. This is a truly versatile cartridge that does its work with little fuss.

Like .243 Winchester, the most fabric rifles are chambered for .30-06. Maybe it isn’t so fancy like other calibers, but it hits pretty hard. Due to heavy bullets, you have a big amount of recoil, so it isn’t the top choice for beginners, but when you get used to it, you can be on the top of your game.

.308 Winchester trough the years, has become the most popular big game hunting caliber in the world. It is also used for civilian target shooting, military sniping.

Also, its short case makes the .308 Winchester extremely adapted for short-action rifles. Sure it is not the trendiest caliber on the market, but it is very practical in a reality-based world. 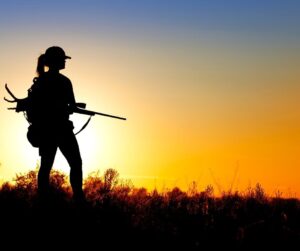 The .308 Winchester has slightly more drop at long range than the .30-06 Springfield that we talked about earlier, owing that to lower muzzle velocity with most bullet weights. It is accurate, very pleasant to shoot, and it will get the job done if you don’t go above the 400 yards.

You can, but then you have to be on the top of your game. Easy to find, relatively cheap, and every deer hunter will recommend you this one.

One of the reasons that gets many deer hunters to use exactly this one is that gun writer Jack O’Connor, who was using the caliber for 40 years, had only the top words about it in his book Outdoor Life.

Although it was not an immediate success upon its release, over the succeeding decades the .270 Winchester attained great popularity among gun owners and especially hunters, ranking it among the most popular and widely used calibers in the world.

Of course it’s not the fame that made this caliber popular. .270 Winchester is an accurate caliber, you can find it almost anywhere, very easy to load, has a rarely seen remarkable velocity and although you would expect a big recoil, it is smooth. Shooting is flat, and you can easily go beyond 600 yards with it.

The bullet will hit where you are aiming even on the running deer. The increased velocity also has a shocking impact on deer when they are hit, he won’t go away too far. For open country hunting, every experienced hunter will tell you: “Use .270 Winchester, there is no mistake here, or blank shots”.

This classic baby boy from 1895 has taken out more deer than any available caliber out there. Being around for more than 100 years, this can be nothing but a hard proven fact.

American deer hunter enthusiasts would bet that it still kills more deer than any other caliber. And there lays its appeal. As one great gun writer wrote: The .30-30 is the great North American deer cartridge and for good reason. It is a virtually ideal compromise between power and recoil. A 7.5 pound .30-30 rifle shooting the standard 150-grain factory load generates about 11.7 ft. lbs. of recoil energy.

For comparison, a .30-06 rifle of the same weight shooting a 150-grain factory load generates about 21.7 ft. lbs. of recoil energy. Most hunters can shoot the .30-30 well, as its recoil is below the 20 ft. lb. upper limit for sustained use and the 15 ft. lb. maximum that most hunters can shoot comfortably. And you can’t go beyond that.

It is an excellent, medium range caliber that can take out nearly all medium to big game your typical shooting range. This caliber is used by almost all types of deer hunters.

Due its small recoil, women and inexperienced hunter adore the 30-30 Winchester. And it is cheaper than most today’s calibers. So you have everything combined to make this caliber the top choice for all the deer hunters there.

It has been a long trip, but we are finally at the end of our journey through the best deer hunting calibers that are on the market. You can continue to argue about them, but at least now you know the hard solid facts about every one of them, that you can use in your favorite game besides the hunting itself.

Like we said on the very start, pointing out to one caliber and saying that one is the best, is not a thing to do. Like most things in life, it is a matter of perception and personal preference.

So figure out what suits you, what exactly you want from your caliber, and then you will have the answer to the question:” Which caliber will I use ?” 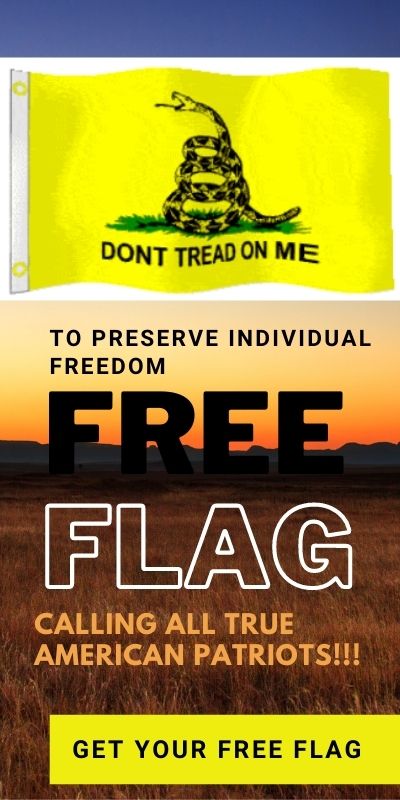